Cyanide leach mining: What is it? Why so dangerous? And why you pay the bill.

BISHOP, California -- To spread awareness of the threat that taxpayer-subsidized, cyanide-based gold mining poses to our use of public lands and waters, the Owens Valley-based Friends of the Inyo provides an instructive presentation on YouTube that explains cyanide leach mining. 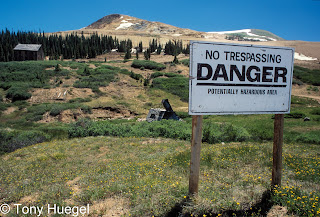 The presenter of "The Dirty Truth About Modern Cyanide Gold Mining," Bonnie Gestring, is Northwest program director at Earthworks, a Montana conservation organization. The devastating consequences and costs born by Montana taxpayers compelled voters there to ban new cyanide leach mines in 1998. 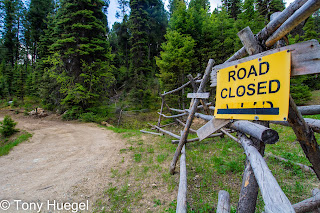 As Gestring explains, industrial-scale cyanide-leach gold mining operations, like those now devastating and closing off landscapes in Nevada, are an existential threat to the American public's access to and use of Western public lands. 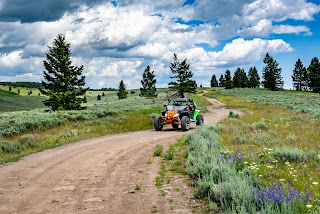 The semi-arid Inyo Mountains, which form the eastern wall of Owens Valley east of the Sierra Nevada, are the focus of hopes by a foreign mining company -- Canada's K2 Gold -- for a massive open-pit operation on Conglomerate Mesa, near the boundary of Death Valley National Park.Leaching gold from low-grade ore using a liquid cyanide solution is the process that another foreign mining company -- Canada's Excellon Resources -- is planning to use in Idaho's Centennial Mountains, near Kilgore in rural Clark County. There, the company is luring investors with the promise of huge, Nevada-scale cyanide leach mines.

Today, with only low-grade ore remaining, mining companies like K2 and Excellon are using deadly cyanide solutions to leach residual gold from ore of such poor quality that entire landscapes, ecosystems and fresh-water sources must be destroyed. That is the only way global investors can profit.

Thanks to weak state regulations -- and state legislators and members of Congress who are dependent on and intimidated by these corporations -- miners have little to no legal long-term responsibility for the permanently toxic remains of abandoned operations -- and no obligation to pay the American people for the minerals they haul away.

That is the law, and has been with bipartisan support in Congress since President Ulysses S. Grant signed the General Mining Act of 1872.

What is cyanide leaching? Why do taxpayers have to foot the bill? How do states and Congress protect mining companies from the consequences and "forever costs" of their reckless endangerment of the American public?

Watch Gestring's talk, but be forewarned: The betrayal of the public trust by your state legislators, regulators and members of Congress may be offensive.

Since 1993, Backcountry Byways LLC has specialized in documenting vehicle-accessible wildland routes along the American West's most remote, beautiful and historic backcountry roads..

We help adventurous travelers experience the wildlands of the American West by licensing the use of detailed, easy-to-use GPS-based navigation files.

Send us a note. We'll explain how we make it easy to achieve that "trip of a lifetime" through the wilds of the American West!

NOTE: Banner image, Southern California's Mojave National Preserve logo and all other content © 2022 Tony A. Huegel/Backcountry Byways LLC. All rights reserved. Use without our written consent is prohibited.

Support our initiative to develop wildland routes across the American West.